Home » Along Mekong River from Siemreap to Pakse – 7 days

Experience an incredible seven day tour package of Cambodia and Laos beginning in Siem Reap. Kick start your tour with the incredible Angkor complex visiting the Rolous Group and all of the major temples in the Grand and Small circuits. Be awe inspired by the fabulous Angkor Wat. Stroll around this incredible structure and its surrounding areas for terrific photo opportunities you will always treasure. Cruise along to Phnom Penh and visit major attractions around town. Visit local communities and sights as we make our way to the Laos border. See amazing rare Irrawady dolphins and incredible waterfalls surrounded by jungle. Visit Wat Phou, the pre Angkorian temple complex as we make our way to our final destination of Pakse. 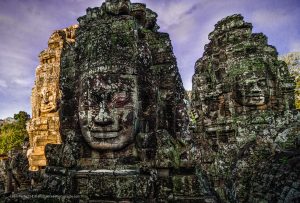 Arrive at Siem Reap International Airport and transfer to the hotel by Asia King Travel ‘s guide . Visit the Roluos Group. The monuments of Roluos, which served as the capital of Indravarman I (reigned 877-89), are among the earliest large, permanent temples built by the Khmers and mark the beginning of Khmer classical art. Preah Ko erected by Indravarman I in the late 9th century dedicated by the King to his ancestors in 880. Bakong the largest and most interesting of the Roluos group temples, with his active Buddhist monastery just to the north of the east entrance. Lolei built on an islet in the center of a large reservoir (now rice fields) by Yasovarman I, the founder to the first city at Angkor. Overnight in hotel in Siem Reap.

Breakfast and visit the most famous of all the temples on the plain of Angkor: Angkor Wat. The temple complex covers 81 hectares and is comparable in size to the Imperial Palace in Beijing. Its distinctive five towers are emblazoned on the Cambodian flag and the 12th century masterpiece is considered by art historians to be the prime example of classical Khmer art and architecture. Angkor Wat’s five towers symbolize Meru’s five peaks – the enclosed wall represents the mountains at the edge of the world and the surrounding moat, the ocean beyond. Lunch at hotel. Visit the South Gate (with its huge statues depicting the churning of the ocean of milk), the ancient capital of Angkor Thom (12th century), Bayon Temple (unique for its 54 towers decorated with over 200 smiling faces of Avolokitesvara), the Royal Enclosure, Phimeanakas, the Elephants Terrace and the Terrace of the Leper King. Sunset at Angkor Wat. Overnight in Siem Reap.

Morning transfer to prior to experience an interesting boat trip to Phnom Penh to see the scenic view of the Cambodian rural life-style along the riverbank Upon arrival, transfer to the hotel. Luch at local restaurant. Afternoon tour Royal Palace and the Silver Pagoda, Independence and the Victory Monument through garden park.. Overnight in Phnom Penh.

Morning after breakfast , visit Watphnom the historical of the Phnom Penh Capital, then you will discover to the Khmer traditional cultural at National fine-art Museum. Lunch at the local restaurant then take 5 hours boat to Kompong Cham bank, pick up & transfer to hotel . Overnight in Kompon Cham.

Moring transfer to prier for boat trip to Stung Treng, Kratie province, we will see the daily people life along the Mekong River then continue other boat trip to near the border where you wil pick up & short transfer to Dong Kalor land border between Cambodia & Laos. You will meet our guide from Laos at Dong Kalor around 4pm to take you to Khone Phapheng Resort. Overnight in Veun Kham.

You will take the boat cruise to see dolphin. Si Phan Don is home to the rare Irrawady dolphins, which can often be spotted at the southern tip of Don Khon, along with tow impressive waterfalls. Stop at Khone Phapheng Waterfall for a drink. we we take a short tuk tuk drive Ban Nakasang, the cruise to Don Det, lunch then We take a boat cruise to Done Khone for 3 hours. Ovenright in Khong Island.

Morning we go to Wat Phou , Wat Phou is a pre – angkorian temple complex occupying a dramatic mountainside site over looking the Mekong valley, From here take tuk tuk to Champassak where we then embark on a motor boat for one and half hour ride to Pakse. End of our service 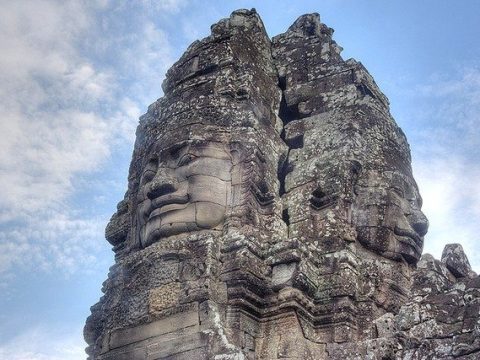 Enjoy one of our memorable Cambodia tour and experience the culture, nature and history together. This program cover most of the wonder sites of Cambodia more than enough and more in-depth interaction with Khmer people, plus give a chance to witness Irrawaddy Dolphins in the Mekong River. Phnom Penh is a most convenient starting point […] 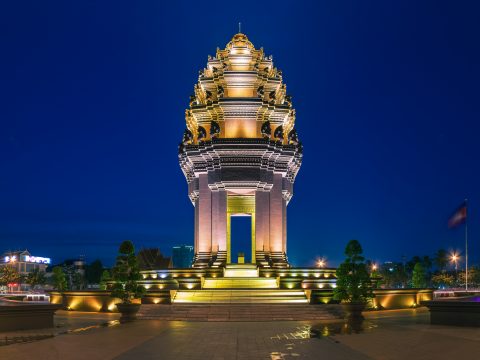 This perfect trip is designed for those who wish to see Cambodia in depth. Visit the magnificent Angkor wat and Phnom KulenNational Park, Witness the the Killing Field of Choeung Ek, relax with boat trip to see Dolphin, Enjoy Cha Ong Waterfalls and much more.

Explore Cambodia and Vietnam on an eight day cruise to discover the different cultures. We will leave from Siem Reap and cruise Tonle Sap Lake and the attractions it has to offer. Make our way to Phnom Penh and take a city tour of all the main tourist attractions. Cruise along the mighty Mekong River […] 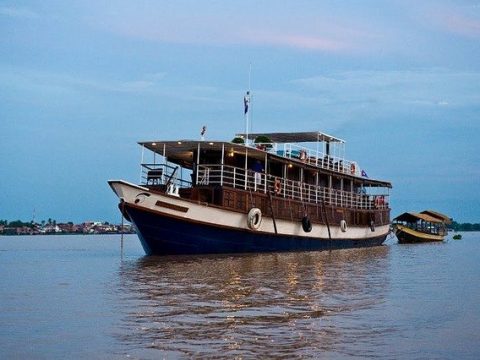 Beginning in Siem Reap, a seven day Toum Tiou Cambodia cruise is one of the best ways to see the country. See all the main sites of the Angkor complex including the South Gate of Angkor Thom, Bayon, Baphoun, Terrace of Elephants and Terrace of the Leper King and not forgetting the fabulous Angkor Wat. […] 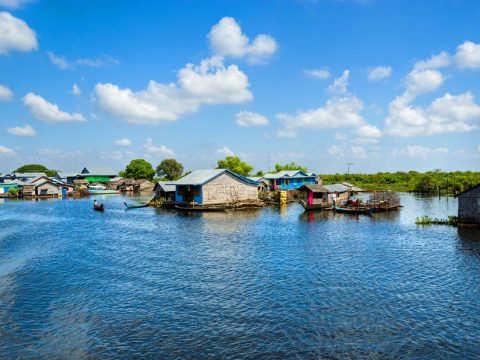 Join our 1 day tour with Siem Reap as your starting point, to see all this lovely part of the country has to offer. Set off on foot to Phnom Krom Mountain with terrific views, where you will interact with local children in their English lessons. Make your way to Chong Kneas Floating Village and […]