A two day cruise on the Mekong River is a good introduction to river life in Laos. You will commence your trip at HOUEI SAY by boarding a traditional boat for your downstream to PAKBENG. As you journey downriver you will stop at some tribal minority villages such as the Hmong, Yao and Khmu. Visit a local market and experience the lifestyle of the local people. Stay overnight in Pakbeng and enjoy a fantastic sunset dinner on the banks of the river. Enjoy breakfast as you cruise further downstream to as we pass by un-spoilt forests, villages and maybe even the odd elephant or two. Drop by a local village and a rice winemaking village and visit the Pak-Ou caves, where thousands of Buddha statues are stored. The final port of call is Luang Prabang. 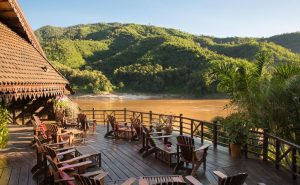 Morning you will cross the Mekong River to Houei Say in Laos where your Lao guide will be waiting for you at the immigration point before 9 am. After completing border formalities, you board a ready traditional boat for the trip down the Mekong River. Serene, timeless Laos is one of Asia’s most unvisited, unchanged countries. This once-powerful kingdom known as Lane Xang (Million Elephants) was founded in the 14th century with the help of the Khmers, and it went on to become one of the largest kingdoms in Southeast Asia until its demise in the late 19th century. Bisected and bordered by the Mekong River, omnipresent symbol of Indochina, Laos today is an amalgam of cultural influences; Theravada Buddhism, animism, France, and the socialist ideal. It is a peaceful place, and the legendary hospitality, resilience and friendliness of the Lao people is much in evidence. Laos is Old Asia preserved. As your journey downriver you will stop at some tribal minority villages such as the Hmong, Yao and Khmu. Upon arrival in Pakbeng, we visit local market; experience daily lifestyle of colorful hill tribe traders exchanges their goods. Overnight in Pakbeng.

Breakfast, as you sail downriver as a second leg, you will pass areas of un-spoilt forest with little villages along the riverbanks and perhaps the odd elephant or two with his mahout. You visit a fishing village and a rice winemaking village and perhaps even taste some of the infamous beverage known as Lao Rice wine You also visit the Pak-Ou caves, where thousands of Buddha statues are stored. You arrive in Luang Prabang around sunset. End of our service. Finish your Private Nava Cruise Down tour.

Experience the charm of slow-paced Laos, Soak up the French-inspired culture in Vientiane, See the Waterfalls of PhaXay and her limestone cliffs, Contemplate the beautiful sunset on the Nam Ngum River, Witness fabulous spectacle of wildlife and rural along the banks. 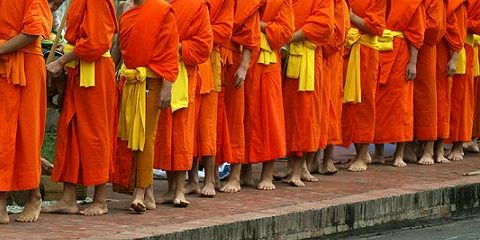 Be prepared to blown away by the array of temples, the culture and the relaxed pace of life in Luang Prabang! The beautiful city located on the confluence of the Nam Ou and the Mekong River and is made up of distinctive colonial architecture and dazzling temples. Saffron clad monks replace vehicles in this timeless, […] 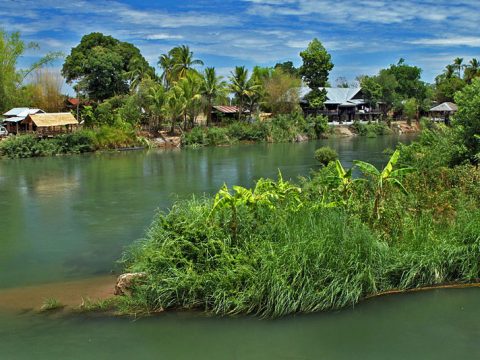 Luang Prabang had the longest monarch in Southeast Asia with more than 62 kings over 600 years. This tour takes you through a myriad of temples that were left behind after the monarchy. UNESCO preserves this historical city, known as one of the last Shangri-Las of Southeast Asia. 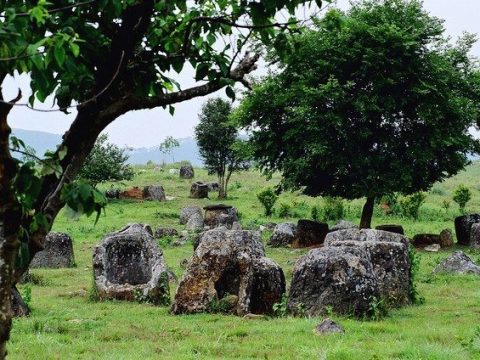 Discover the secrets of Laos with this journey to some of the most interesting places in Laos. Rich history and culture, World Heritage sites as well as the magic Mekong and the beautiful and scenic Luang Prabang make this tour a wonderful opportunity to explore the beauties of this country in the warm heart of […] 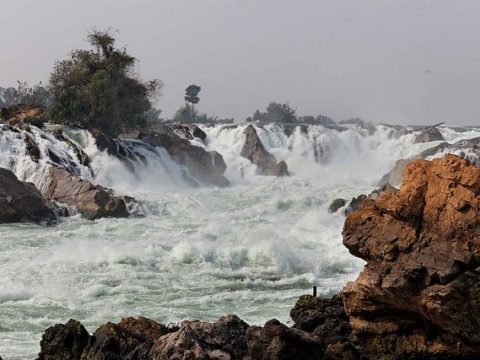 Visiting Laos capital city where many acient monuments and stupas. Up there in Luang Prabang, you experience the ancient kingdom of Laos where traditionally remain uncharged in century. Perhaps drop a text book to local kid and support local community at Ban Khia Luang Big Brother Mouse. Take a boat trip along the Mekong River. […]